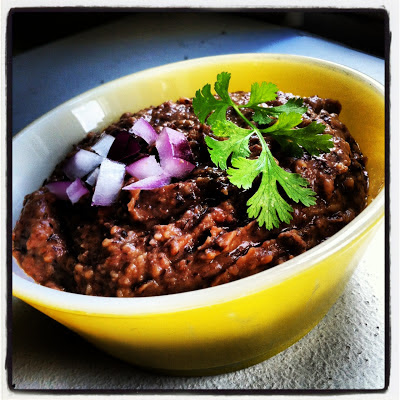 An easy recipe for black bean dip with mango; super simple to pull together, perfect for the hot summer months

Add all ingredients to your food processor, and puree until well blended.  Taste to see if you need to add more salt.  Finish blending and place dip into a bowl.  Garnish with fresh cilantro and chopped red onion.  Serve with chips, pita, crackers, or cut vegetables.  Also makes a great spread for sandwiches. 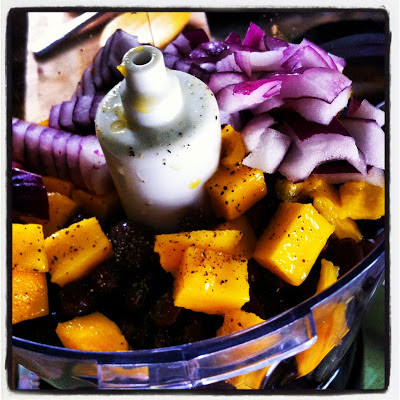 Subtract the mango from the this recipe and you have a basic bean dip base that blends well with hot peppers for a spicy dip (try jalapeños), or avocado for a creamy dip.  A clove of garlic can also be added to boost the flavor.

All photos by Open Eyes Press.

Posted by Open Eyes Press at 6:00 AM No comments: 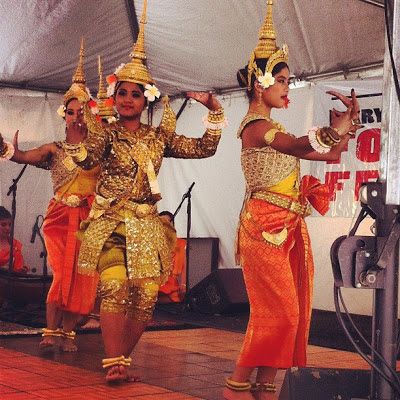 Cambodian dancers at the Maryland Folklife Traditions Festival, held at the Creative Alliance.

As everyone knows July 4th is Independence Day in the U.S.A. but did you know...? 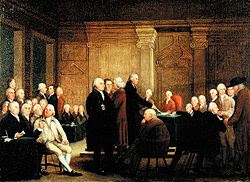 1. After a month of debate on whether or not to declare independence from Britain, the Continental Congress voted in favor on July 2nd.

2. On that day, John Adams wrote to his wife Abigail that the day "will be celebrated, by succeeding Generations, as the great anniversary Festival" and that the celebration should include "Pomp and Parade...Games, Sports, Guns, Bells, Bonfires and Illuminations."Of course, he was talking about July 2nd.

4. The Continental Navy raised this flag, known as the Continental Colors, during the War for Independence and it remained the flag of the rebellion until June 14, 1777 when the Second Continental Congress passed the Flag Resolution which defined the United States flag as having 13 stripes and 13 stars 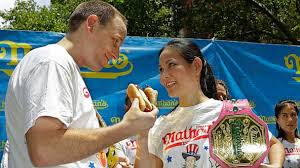 5. Nathan's Famous hot dog eating contest started in 1916 and has been held every year since then except two.

6. This year Joey "Jaws" Chestnut won by eating 69 hot dogs in 10 minutes. It was his 7th year winning. Sonya Thomas won the women's championship with 37 hotdogs. 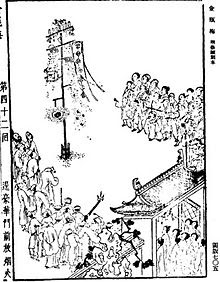 7. The earliest documentation of fireworks dates back to 7th century China.

8. On November 10, 2012 Kuwait celebrated the 50th anniversary of its constitution by launching 77,282 firework projectiles in the largest firework display of all time. 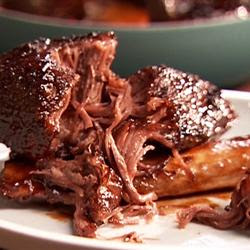 9. The origin for the word 'barbecue' is uncertain but may be from the Caribbean word 'barbacoa', the method of slow-cooking meat over a wooden platform OR from the French 'barb a queue', which means 'from whiskers to tail' referring to cooking a whole animal on a spit over an open fire OR from the Romanian work for roast mutton 'barbec'.

Posted by Susan Brandt at 8:14 PM No comments:

Looking for the perfect summer accessories? BEST has got you covered! Throughout this month, participating BEST shops will be offering free shipping off on everything in their shops when you enter the coupon code BESTSUMMER2013 at checkout! Stay tuned next month for a new code with a different deal!  Follow this link or put  "baltimoreetsyteam" in the Etsy search bar to find items from all of our talented members!

Aqua Chalcedony Necklace by Jersey Girl Design
Posted by Jamaila at 10:00 AM No comments:

The BMA’s popular Jazz in the Sculpture Garden summer concert series returns!
Beat the July heat with some cool jazz surrounded by a fabulous collection of modern art in the Museum’s Sculpture Garden. 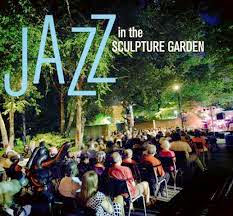 Post by Janice Fowler of Doxallo Studio and Doxallo Designs
Posted by Janice at 2:50 PM No comments: