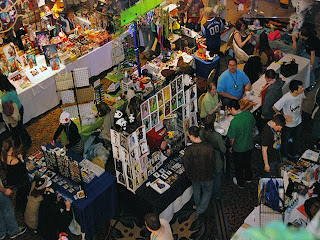 MAGFest is an annual music and gaming festival held once a year. This year the festival takes place in National Harbor, Maryland at the beginning of January. The festival is 4 days of non-stop games, concerts and shopping. Guests this year include: Nobuo Uematsu and his band EARTHBOUND PAPAS whose musical success includes music from the Final Fantasy Series, voice actor Wes Johnson from games such as Fallout 3 and the Elder Scroll Series, and James Rolfe creator of The Angry Video Game Nerd, just to name a few.

MAGFest is a registered event so you must register in advance by visiting http://magfest.org The event takes place January 5-8, 2012 at the Gaylord National Hotel and Convention Center.

You actually don't need to register in advance. Tickets will be available at the door.