It was a loooong 3 days for the dandelion and this chickadee at the festival- full of non-stop bumber action. While we were in a much quieter area then the main Indie Market, it still was a constant flow of traffic. It was a change from the traditional craft dedicated venues we were used too, a lot more "lookey-loos," packs of teenagers roaming and roughly handling merchandise, and hoards of beer soaked Stone Temple Pilot fans milling around waiting for the next show. Despite the slower sales, and over stimulation, I did pretty well and managed to pay for my trip and my husband's, plus a little "walking around money" to spend in Seattle. 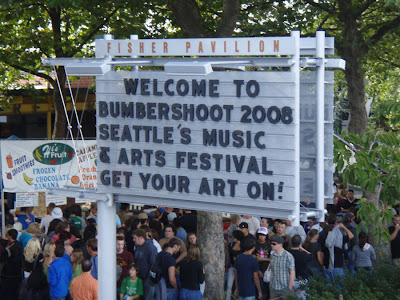 Our wares and display survived the cross-country shipping and cramming into suitcases. We survived the extra fees for over weight bags, the stress of waiting for our boxes to arrive in Seattle, and the "scavenger hunt" we had to go on to retrieve our canopy and shipment of goods. I do have to say that our display may have rivaled others- AND we dragged it from the East Coast! 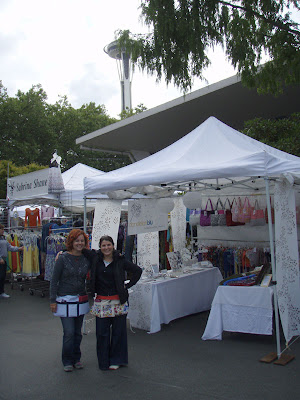 The festival itself was awesome, an overload of music, art, performance, and handmade goods that overtook the entire Seattle City Center for three full days. The headlining acts included Beck, STP, and Death Cub for Cutie. Unfortunately, we didn't get to see any of the main stage performances, as you had to get into the line for passes very early on. But we did enjoy a water opera, and aerial performances by Australian based Strange Fruit. 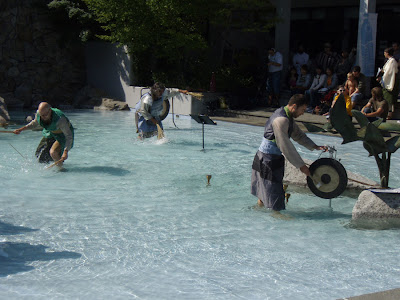 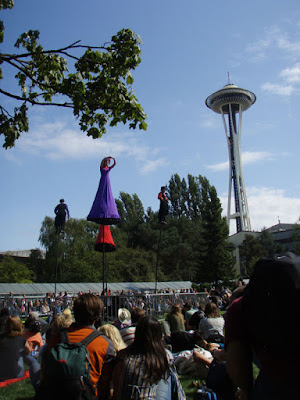 As night fell each day we recreated our little home away from home as the festival ran till 9pm! Quite lovely no? 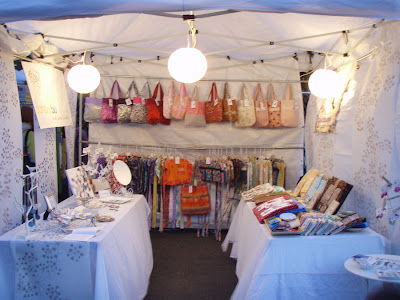 Will we do it again next year? That remains up in the air as we try to recuperate and get back to East coast time, but I can say I'll take any excuse to visit Seattle again!

Post written by DandelionBlu
Posted by Sweet Pepita at 8:25 AM

You survived! Yeah!!! Your booth looks amazing and I can't wait to hear more about your trip.

i am a seattle native and went to bumbershoot every year of my life until moving to baltimore! i'm glad to see a connection there. keep up the good work!